Born in Hong Kong and raised in Vancouver, Mhairri now lives in Calgary with her husband and daughter. Specializing in family, luxury and culinary focused travel, Mhairri loves exploring her new province, nourishing her wanderlust and writing about her adventures. 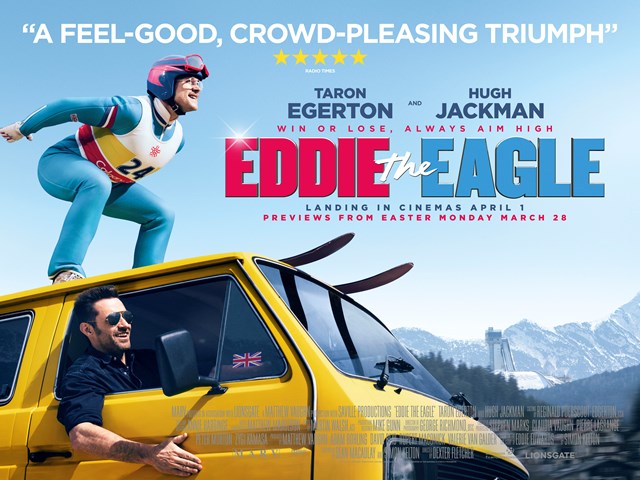 The eagle has landed in theatres worldwide and Calgary’s Olympic legacy is soaring. Eddie the Eagle tells the story of British Olympic ski jump hopeful Michael Edwards as he makes his journey to qualify and compete in the 1988 Winter Olympic Games. Starring Hugh Jackman and Taron Egerton, the film portrays the unbridled passion and dedication that propels Edwards from Olympic underdog to one of the most beloved and talked about athletes at the games. Watching Edwards transform into Eddie the Eagle on the big screen has reignited the thrill of the games throughout Calgary and around the world.

On your next visit to Alberta, harness the spirit of Eddie the Eagle at Calgary’s world-class Olympic venues, which remain active training and competition sites for all levels of athletes.

Winsport Canada Olympic Park, where the Eagle first hatched, is a year-round sports complex and designated training centre for Ski Jumping Canada and Bobsleigh Canada Skeleton. Discover the exhilaration of hurtling down a bobsleigh run at over 100 km (62 mi) per hour. Fly through the twists and turns of the Olympic luge course in under 40 seconds. Ski and snowboard where champions were crowned. Perfect your skills in the terrain park. Visit in summer for mountain biking, riding the zipline and navigating the world’s longest luge track.

Lace up your skates and glide along the world’s fastest ice at the Olympic Oval where international short and long track speed skaters continue to train and compete. Or head to the outdoor rink at Olympic Plaza – the official medal ceremony site. If you’re visiting between September and April, during the National Hockey League season, be sure to catch a game at the Scotiabank Saddledome in Stampede Park. Now home to the Calgary Flames, the arena was originally built for Olympic hockey and figure skating and is one of the city’s top venues for concerts and events.

In the front ranges of the breathtaking Canadian Rockies, experience Alberta’s famous feather-light powder at Nakiska Mountain Resort. Developed for the 1988 alpine events, Nakiska is Calgary’s closest mountain for downhill skiing. Runs for skiers and snowboarders accommodate all skill levels and lessons are available for every age group. The rail and tube parks are hugely popular. Stay in the city or après in Kananaskis Village, Canmore or Banff, all less than an hour away.

Visit Canmore Nordic Centre Provincial Park in Kananaskis Country for year-round outdoor adventure, with sweeping views of Canmore, the Bow Valley and the Canadian Rockies. Designed for the games, the Centre remains a world-class training and events venue for cross-country skiing and biathlon. In winter, explore 65 km (40 mi) of groomed and natural cross-country ski trails, snowshoe on the dedicated loop, or give the Centre’s fat bike trails a try. Return in summer for excellent mountain biking, hiking and orienteering.