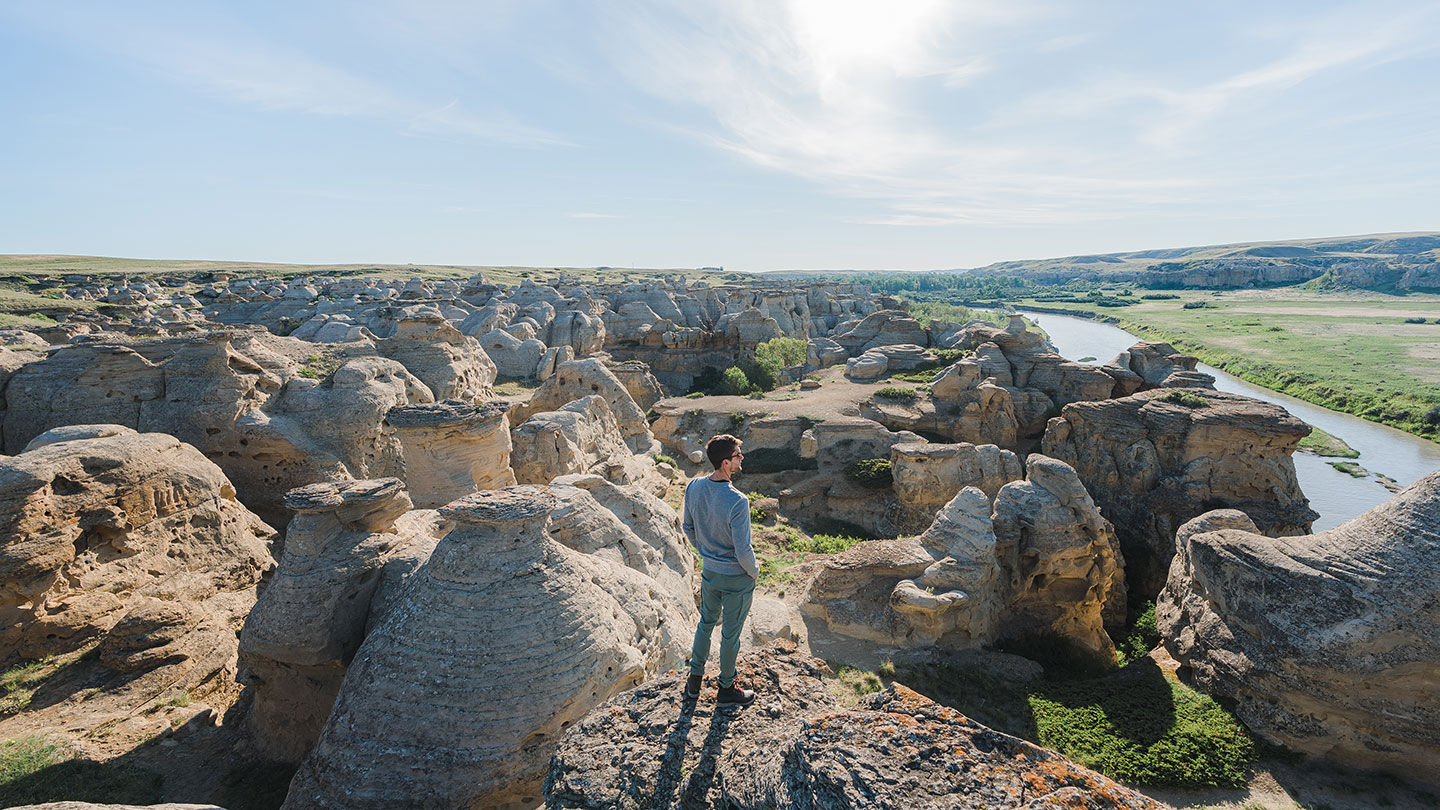 It’s been a hidden gem of vacationing Albertans for years, and a sacred place for Indigenous Blackfoot people for eons. Now, the world has been made aware of the special place in Alberta known as Writing-on-Stone or Áísínai’pi.

The provincial park, a refuge of spectacular badlands and hoodoos amid the prairies of southern Alberta, is officially a UNESCO World Heritage Site, after the United Nations organizations tasked with preserving the world's most important cultural sites added it to its global list in July 2019. 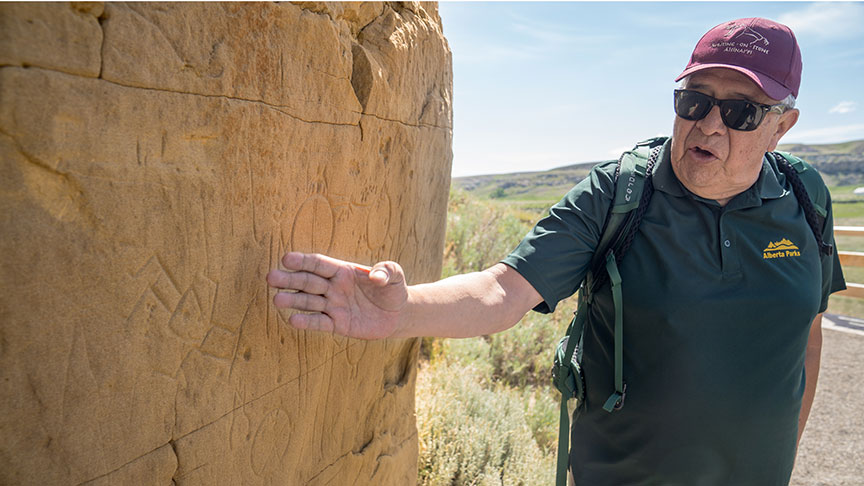 There are more than 138 rock-art locations throughout Writing-on-Stone.

Writing-on-Stone gets its name from the ancient rock art among its sandstone cliffs (the Blackfoot name of Áísínai’pi means “where the writings are”). For generations, the park was a sacred place for the region’s Indigenous Blackfoot people, and other Indigenous groups of North America. For at least 4,000 years, Indigenous people have come here to pray, perform ceremonies and go on vision quests. The petroglyphs carved into the rock and the pictographs painted there are a testament to the place’s importance. The carvings depict sacred people, spirits, battles, journeys and moments.

There are more than 138 rock-art locations throughout the park that record the writings of the spirits. The Blackfoot believe the area’s unique geological formations are the home of Sacred Beings, and their traditional knowledge describes the origins and use of the area. The area continues to be a spiritual place for Indigenous people today.

The rocks also contain a fascinating array of new motifs, carved after European contact in the 1800s, including the addition of guns, horses and the presence of a North West Mounted Police barracks. There’s also a fascinating depiction of a Ford Model-T that has been traced to a visit by a Blackfoot elder in the early 1900s.

Writing-on-Stone is the first UNESCO World Heritage Site in Alberta in 24 years and is the sixth place in the province to earn a spot on the list. Alberta’s other UNESCO sites are Dinosaur Provincial Park (1979), Head-Smashed-In Buffalo Jump (1981), Wood Buffalo National Park (1983), Canadian Rocky Mountain Parks (1984) and, most recently, Waterton-Glacier International Peace Park (1995). The designation recognizes the “outstanding universal value” of the park. 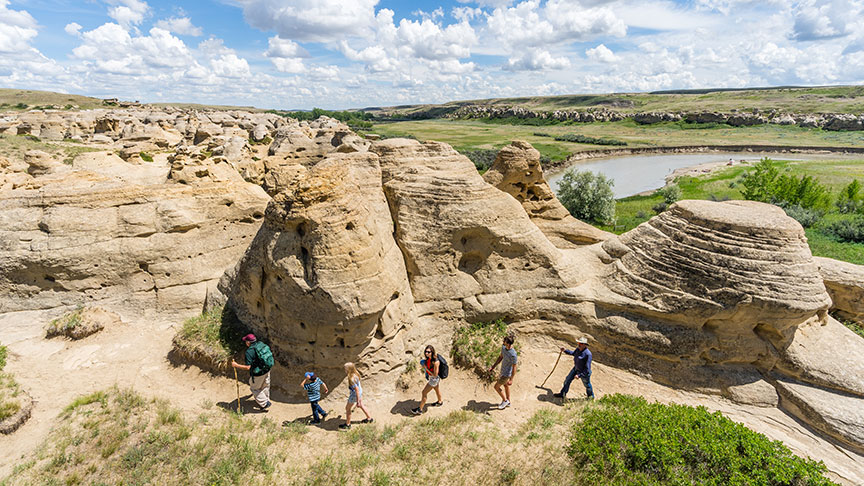 Take a guided interpretive tour to explore the petroglyphs.

The place has a tangible spirituality. And because of the amazing geology – the eroded sandstone creates some beautiful and bizarre sculptures – it’s also a photographer’s dream.

For travellers, the park includes a campground (including several comfort camping or glamping options) and an interpretive centre that offers information on the area’s culture and history. The best way to see the petroglyphs are through the park's interpretive walking tours, which offer information and tell some of the stories about the specialness of the park.

The Blackfoot people are heavily involved in the preservation, maintenance and interpretation of Writing-on-Stone, and many are gratified to see its importance recognized by an international body such as UNESCO.

“Whether you’re a spiritual person or not, as soon as you step out of your vehicle and immerse yourself in this landscape, you feel that energy,” says Camina Weasel Moccasin, a Blackfoot who was first brought to Áísínai’pi as a child by her father, and later worked at the park as an interpreter. “It means different things to different people, but everybody feels that connection.” 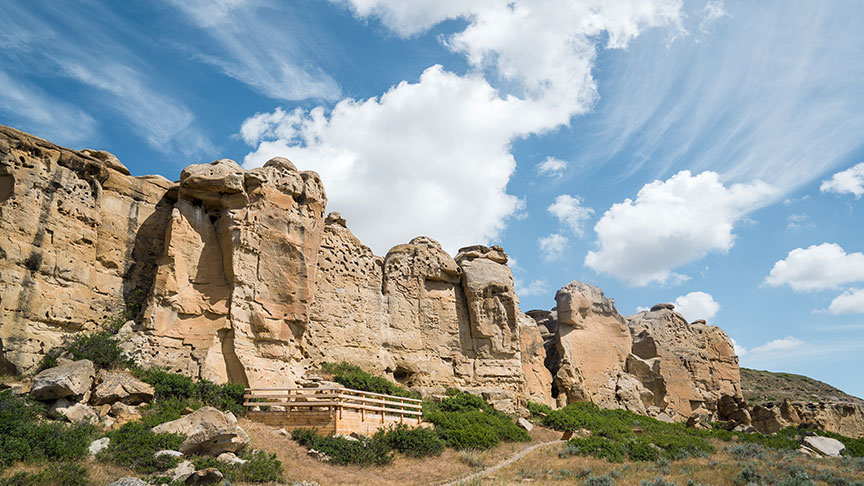 Writing-on-Stone is a place of otherworldly geology and palpable spirituality. 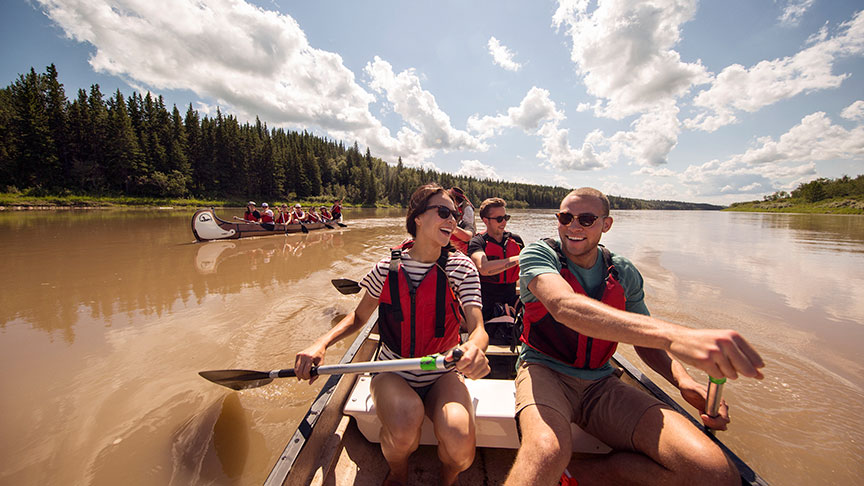