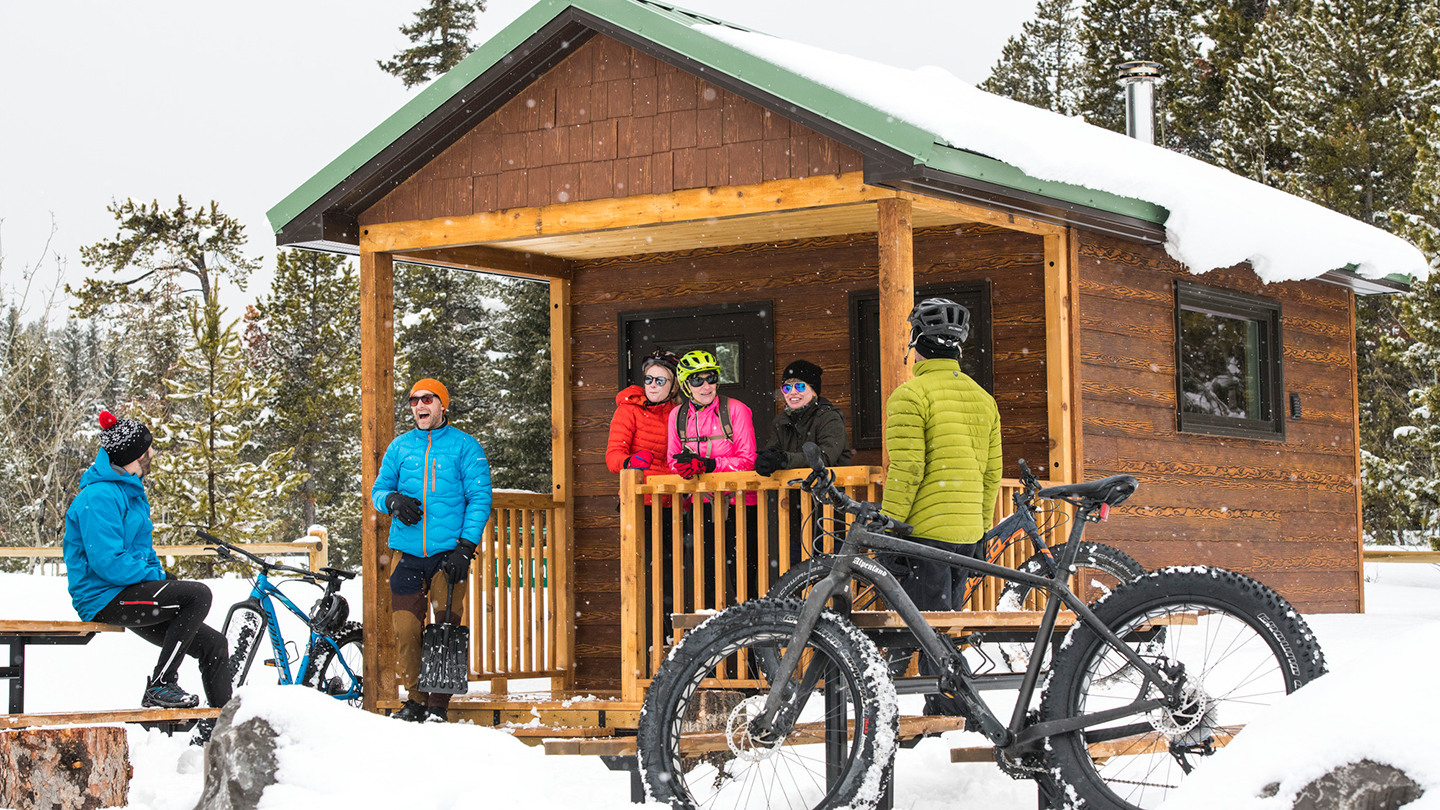 The Rockies of southern Alberta are full of secrets that only locals can reveal. They talk about it in shouted whispers.

On the one hand, they want you to know how incredible their favourite trails are for snowshoeing, and what a perfect moment it is to step out of your winter glamping cabin to see a frozen lake surrounded by mountains. Yet, they don’t want to give away every secret to a winter rookie like me.

It only occurred to me recently, as yet another winter threatened to pass where shovelling the sidewalk was the extent of my outdoor adventuring, that it might be more fun to spend the season outside. I made it my mission to learn how the locals have fun in winter in the southern Rockies.

Key to falling in love with this place in winter is getting to know Castle Provincial Park. The area, just south of the Crowsnest Pass and north of Waterton Lakes National Park, was made a provincial park just recently in 2017. It’s got excellent downhill skiing and snowboarding at Castle Mountain Resort and, in the wider park beyond, groomed cross-country skiing trails, excellent beginner and backcountry snowshoeing—and plenty of space for fat biking. That’s just scratching the surface. Ice-fishing and ice-climbing, winter camping and wildlife photography abound. But I’m just dipping a toe (insulated in my snow boots) into winter, so I’ll start with something a little more familiar.

I’m an enthusiastic three-season inner-city cyclist. But fat biking, on a bike with huge low-pressure tires, could get me into that fourth season. Karey Watanabe of Sweet Riders leads fat bike tours in Castle Provincial Park, and she knows where all the gems are around here. Trails at Syncline Trail and Beaver Mines Lake Campground are fat bike-friendly, with fun, gentle hills and pretty winter views—which is kind of the point of fat biking.

“It’s relaxed mode,” says Watanabe, contrasting it to the intense downhills of mountain biking. “Take in the scenery, ride your bike. You’re not huffing and puffing—it’s kind of a surfing feel on a bike.” 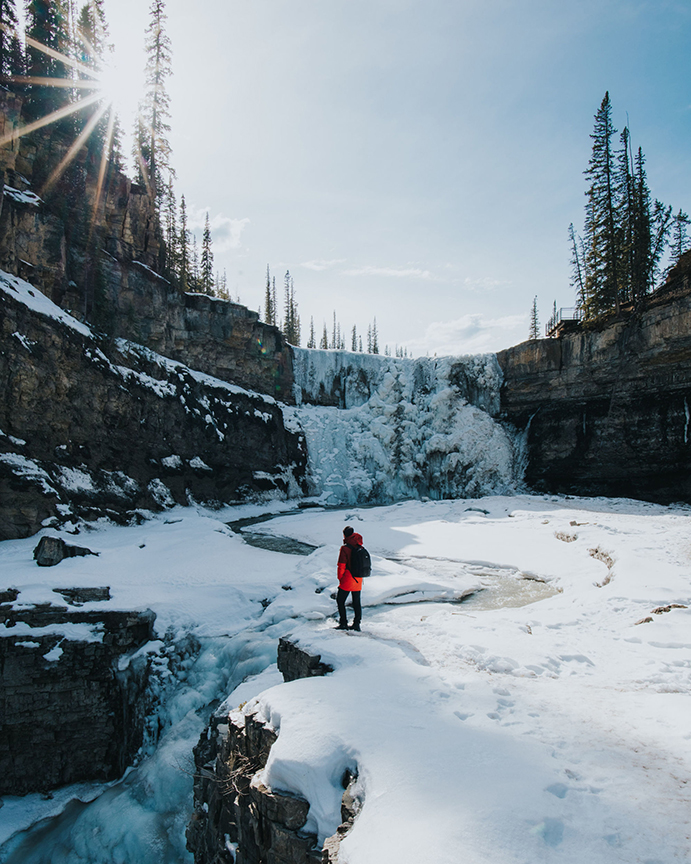 You don't have to be a pro to discover the rewards of snowshoeing in and around Castle. In fact, you'll wonder why you haven't tried it before.

Get to know this undiscovered gem

Lunch is at nearby Beaver Mines General Store—a locally embraced gem that serves kombucha on tap, hot soup and big sandwiches alongside a bait shop, gas station and liquor store. There, I get a chance to chat with Heather Davis, another southern Rockies enthusiast. Davis operates Uplift Adventures, guiding people in Castle, the Crowsnest Pass and beyond. For her, Castle Provincial Park is one of the best places around. “This (place) is beautiful, and people don’t even know about it. It just blows my mind,” she says.

Among her offerings, Davis leads snowshoeing daytrips in the Crowsnest Pass that are particularly appealing to me because they’re combined with brunch. Snowshoeing is a sport that’s approachable and rewarding for novices, Davis says, but, she says, more advance snowshoers can tackle summiting mountains, too. 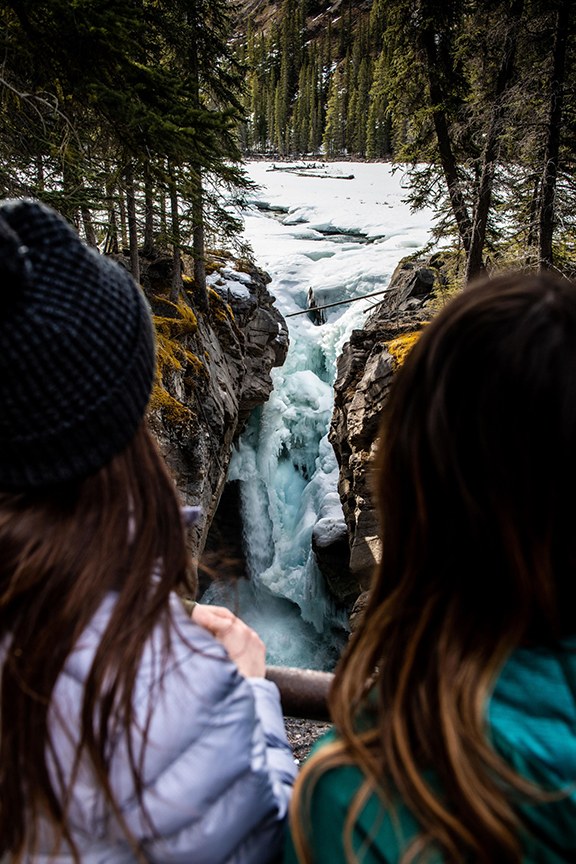 In winter, it's likely to be just you and your travel mate when you walk along the shores of Upper Waterton Lake.

Be as outdoorsy or indoorsy as you want in Waterton

An hour south of Castle is Waterton Lakes National Park. In winter, the townsite becomes a serene escape where you’re likely to be outnumbered by mule deer and Rocky Mountain bighorn sheep. For experienced adventurers, there’s loads of backcountry snowshoeing and ice climbing, not to mention all the cross-country skiing, hiking and fat-biking opportunities.

For me, I’m content with a walk through town to find the half-frozen Cameron Falls. Then it’s a wander along the lakeshore, where the water is so still it mirrors the mountains surrounding me.

Keith Robinson runs Dark Sky Guides here with his brothers. The brothers grew up in the area, and they’re hoping their business will help more travellers discover what’s up in Waterton in winter. Robinson suggests the Kootenai Brown Trail for anyone who wants to “get away from the townsite and human civilization—and feel like they're literally in the middle of nowhere.” 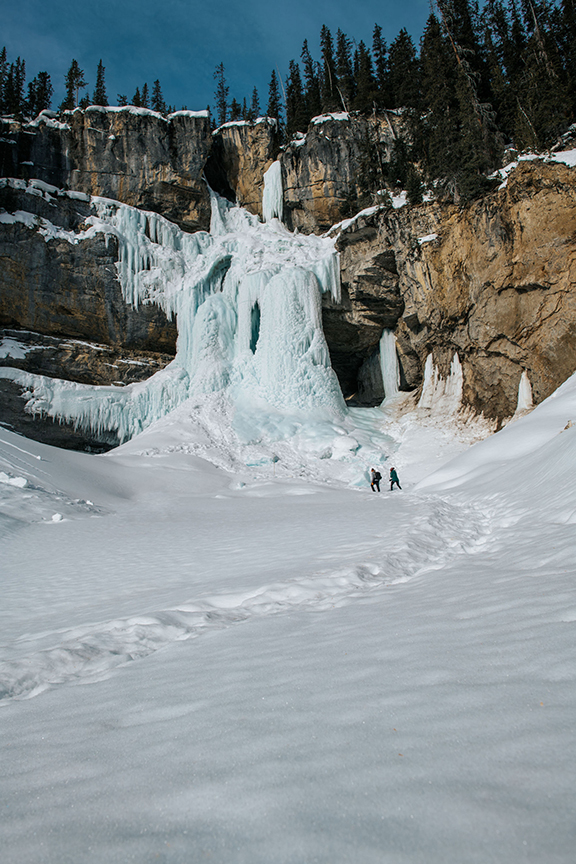 So far from the city, there's a very good chance you'll be treated to an amazing star show.

End the day gazing at the stars

Another escape here is the stars.

It’s easy to straight-up forget about the stars while living in the city. The Robinson brothers drive our tour group a little way out of town and set up their massive telescopes on frozen ground. We watch the last bit of sunlight sink behind mountains. Despite the chill of the air, I want to stand out there looking up for hours. My night ends back in my hotel room with a jacuzzi that reminds me getting cozy in winter is all the better after spending the day outdoors.

There’s plenty of terrain left for me to cover, but southwestern Alberta has shown me there’s plenty to look forward to when the snow falls. 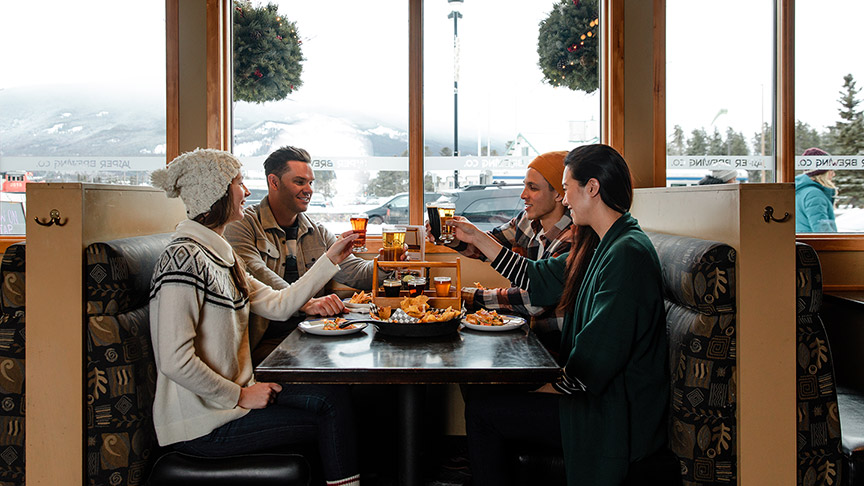