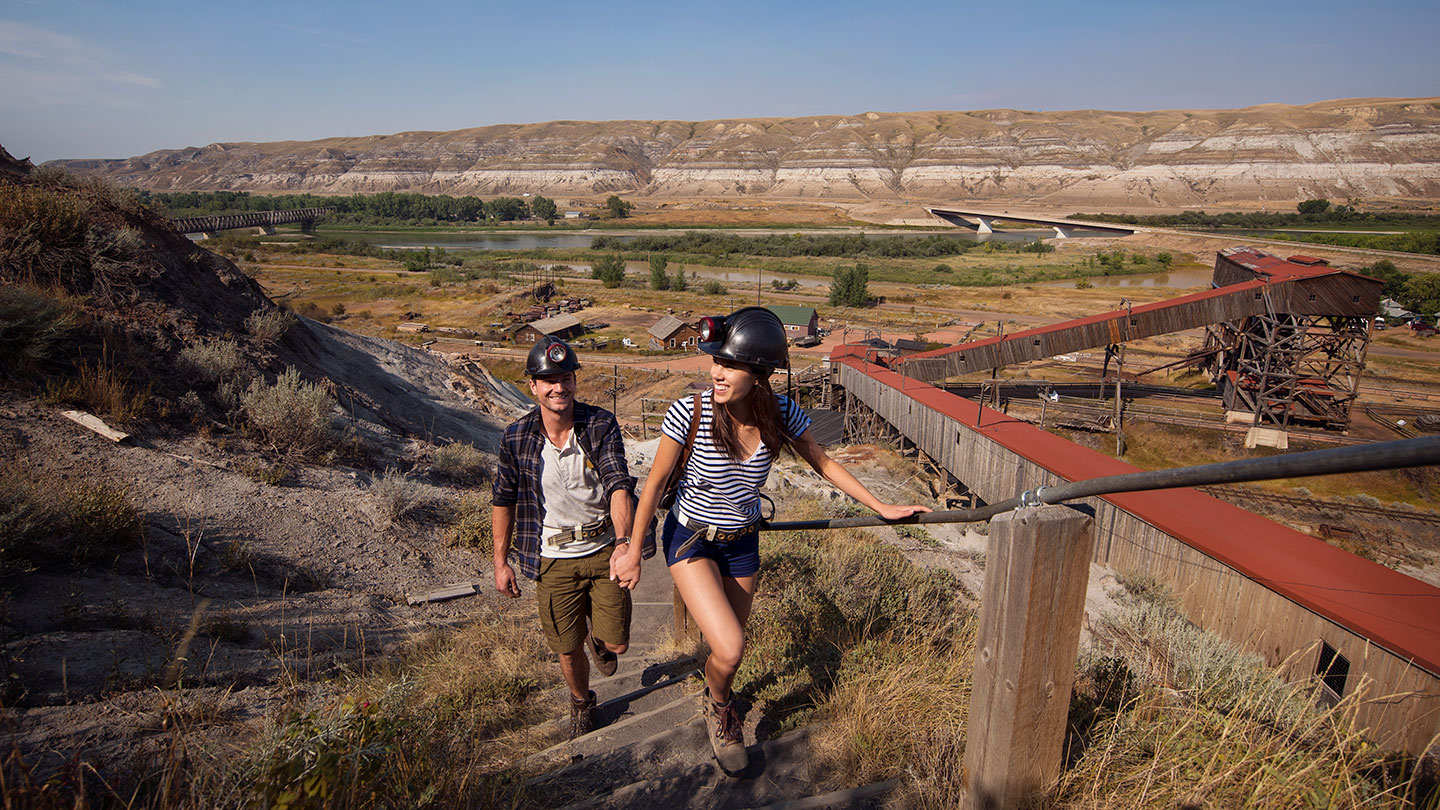 Working in a coal mine in the early 20th century probably wasn’t very fun. Taking a tour of a coal mine – that’s another thing altogether. I couldn’t help laughing when I tried to take a selfie of our group all geared up for the Atlas Coal Mine tunnel tour. Nobody rocks the helmet look.

We needed protective gear, because we were about to go “deep into the belly of the beast” and see what it felt like to be a miner. At one time, thousands of men made their living in Alberta’s coal mining industry and a tunnel tour lets you walk in their footsteps and explore a real mine.

Located in Alberta’s scenic Drumheller Valley, Atlas Coal Mine is one of the best mining museums in Canada. Between 1911 and 1979, there were 139 coal mines in the Drumheller Valley and it was one of the top coal producing regions in North America. Coal from the valley powered the country. 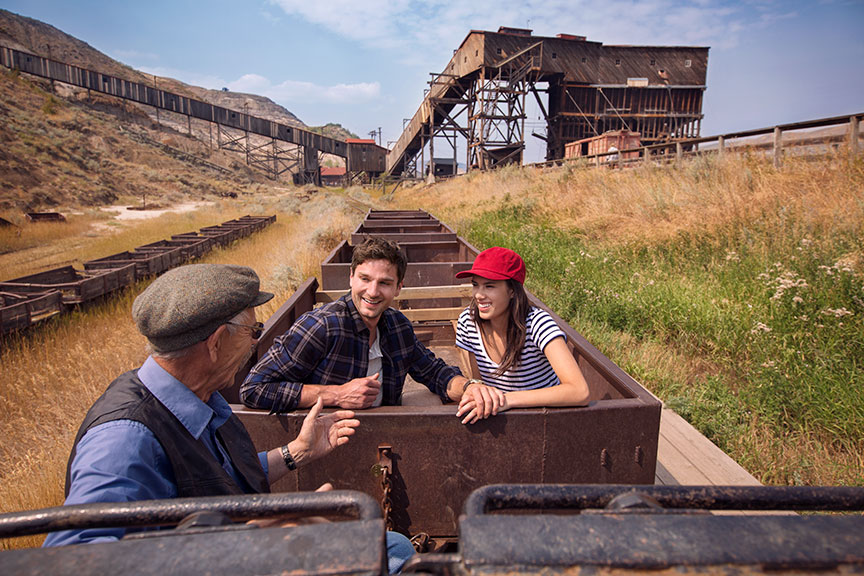 Take a ride on the antique train named Linda and hear stories of how the miners spent their days in the dark, with only headlamps guiding the way.

Stories from a real coal miner

Atlas Coal Mine was one of the most successful mines in the area and when it finally closed in 1979, the owner handed it over to the local historic society. Today, Atlas Coal Mine is a National Historic Site of Canada that is home to the nation’s last wooden tipple, a large mining structure used to sort and load coal.

We were particularly fortunate on the day we visited, because our tour guide was an actual coal miner. Bob Moffat is a fifth-generation coal miner and a real storyteller. Giving mine tours is his retirement gig. Although he never worked at Atlas coal mine, he worked at three other mines in the Drumheller region.

As we walked down the angled ramp of the primary gantry that leads into the Atlas coal mine, Moffat explained how the rubberized canvas belt beside the gantry was used to carry coal out of the mine to the tipple where it was sorted, stored and put into rail cars. He said the youngest miners worked in the tipple, which is where he started at the tender age of 16. Before child-labour laws came into effect, some boys started mining as young as 12. 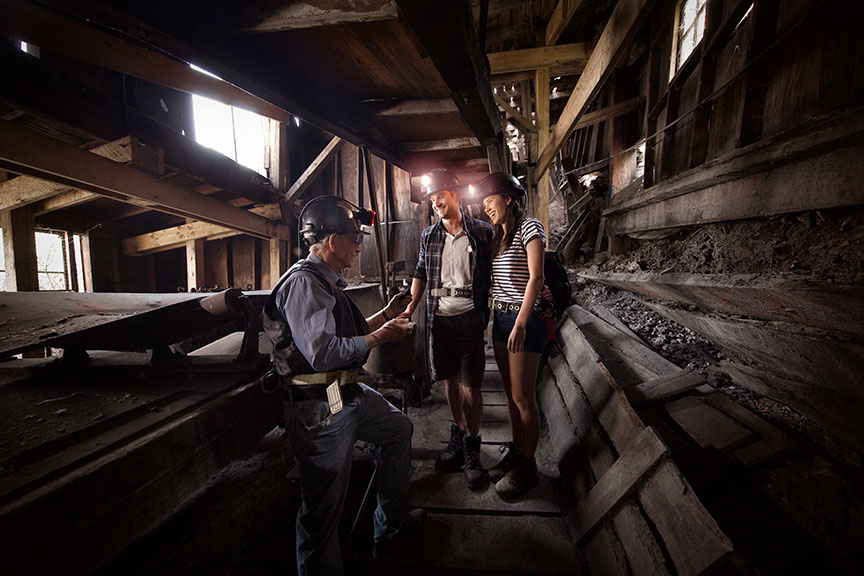 You'll get an all-too-real feel for how miners worked in what as called the 'belly of the beast.

Ghosts of the past

Once we were deep inside the mine, Moffat had us turn off our headlamps. It was dark. Really dark. But then we clicked our headlamps back on and Moffat started telling stories. As it turned out, the stories were the best part of the tour. It was fascinating to hear about coal mining from a real miner while standing inside a real mine. I couldn’t help but shudder when he told a story about being deep in the mine and having his headlamp fail.

When the tour was over, my companions and I decided to make like miners and head straight to the Last Chance Saloon in nearby Wayne. It was worth the drive just to sit in a bar with actual bullet holes in the wall in a ghost town that is said to have real ghosts. We looked at black and white photos of miners on the walls inside the saloon and toasted them with our Mason-jar cups – following in their footsteps had been fun. But more than that, they had our respect.