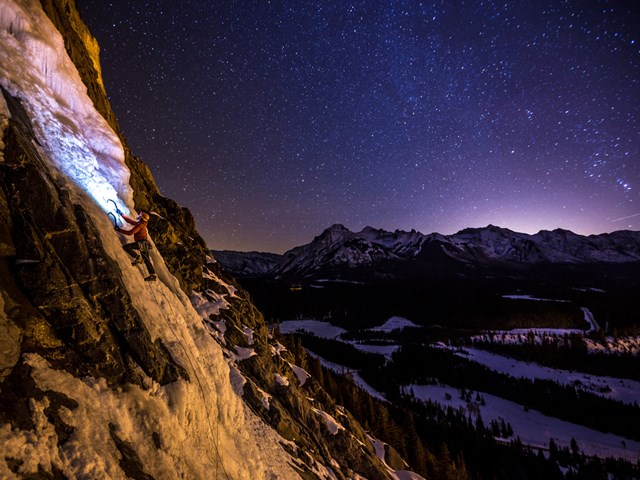 The year 2017 marks the 150th anniversary of confederation, when the colonies came together to create the country of Canada. Year-long celebrations are underway and it appears the world wants to join the party. Here’s a look at some of the world’s top travel publications that are recommending Canada and Alberta in 2017.

No. 1 in the New York Times

Every year, the travel section of the New York Times puts together its 52 Places to Go list. How do they compile it? To begin with, a call for submissions goes out to their regular travel contributors, at home and abroad. Hundreds of suggestions come pouring in, based on a number of criteria: why should visitors go now, in this particular year? Is there geographic and thematic diversity? Are there off-the-beaten-path as well as well-known destinations?

Canada came out on top for all right reasons. It’s our 150th anniversary, we have a diversity of geography celebrated in more than 200 national parks – all of which have free entry for 2017. There are hidden treasures from sea to sea to sea. Then there’s that extra bonus of a weak Canadian dollar, meaning international visitors can save a bundle.

In a separate salute, Lonely Planet’s annual Best in Travel publication has named Canada as the top country to visit in 2017. It goes on to list the top 25 highlights, with Alberta earning three mentions: our Canadian Rockies came in at No. 2, followed by the Calgary Stampede (No.15) and Drumheller (No.16). Not too shabby. Canadian Rockies scenery dominates the video.

Travel writer Celeste Brash, who has written 60 books for Lonely Planet and visited 40 countries, is a big fan of Canada. She says it’s impossible not to love the place for the people, and everything else just blows her away. In particular, she loves Banff for its soaring mountains, hiking as good as anywhere in the world and “alpine lakes that are as blue as any tropical lagoon.” She’s thrilled Canada came out on top and thinks it’s delightful that a country known for being humble suddenly has serious bragging rights.

Vogue Magazine: Canada one of ‘The 5 Best Places to Travel Alone’

Canada made this list as an ideal place for a woman to “experience the joys and freedom of traveling alone.” Mention is made of our 150th, free national parks passes, benefits of a weak Canadian dollar, along with being a “beautiful, friendly country to visit alone year-round.”

Best of the World by National Geographic Traveler

In late 2016, Banff National Park was named by National Geographic Traveler – which has the largest audience of any travel magazine – as one of its Best of the World destinations for 2017. Banff earned the accolade through a competitive process involving the publication’s network of editors, writers, and explorers. The honour is even more appropriate for our oldest national park in a year where admission to all the national parks is free. Interesting how so many of the travel editors mentioned this!

“We aimed to honour the inclusive feeling of Canada, a warm embrace that brings a human-scale equivalent to those majestic landscapes,” said George W. Stone, editor-in-chief of National Geographic Traveler.

Condé Nast Traveller has included Canada in its Top 10 Destinations to Watch For in 2017. A photograph of an alpine lake in the Canadian Rockies dominates the story. Our 150th is mentioned, with a shout-out to the yearlong series of parties and cultural events, along with kudos to our dynamic cities and outdoor pursuits.

Here’s an excerpt: Canada “is a land of epic adventures…breathtaking scenery on a mountainous scale, the colours hyper-real, the air clear and full of light. Wildlife astounds. Travellers always, but always, return singing its praises….Canadians are chipper as anything, They welcome all comers with their great big outdoorsy arms and are infectiously jolly – exactly what we need right now.”

Are we blushing yet? And, yes, we’re all about the open arms thing. See you soon!