Three local foods you must try in Alberta

When she’s not exploring Alberta with her family in their vintage campervan, Shelley Boettcher can be found writing about travel, food, wine and her beautiful home province for newspapers and magazines around the world. 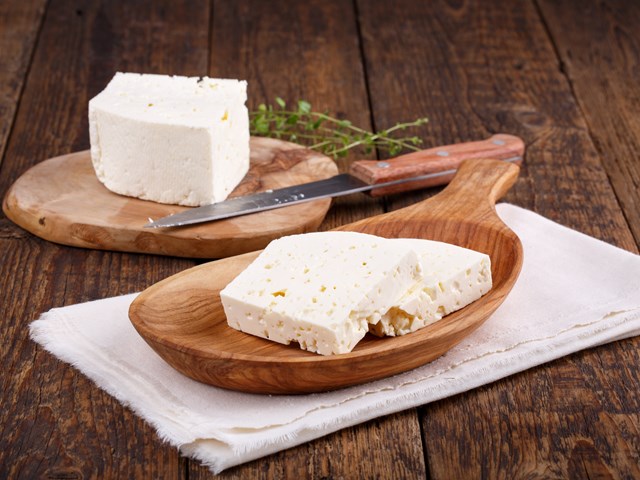 Farm-fresh honey drizzled across homemade bread is one of life’s great culinary pleasures. Then again, so is a spoonful of grainy Alberta mustard in a roast beef sandwich. Or a wedge of creamy soft cheese, made by hand, by someone who loves what they do.

One of the cool things about Alberta is that in every corner of the province, you’ll find someone making delicious foods. Here are three Alberta food producers worth seeking out now.

Alberta farmers grow much of the world’s mustard seed, but most gets shipped to other countries, where it gets turned into the beloved condiment.

But Desmond Johnston and Karen Davis, the owners of Brassica Mustard, are changing that, one tasty jar at a time. They make a range of flavoured mustards, which they sell online, and at retailers across Western Canada, including Sunterra Market and Save-On Foods in Alberta.

A chef by training, Johnston and Davis, his partner in business and life, made mustard in 1995 as Christmas presents for their friends and family. People loved it, and they soon realized they had the makings of a family business using mostly Alberta-grown products.

“We use honey from Three Hills. We are buying our seed here in the province,” says Johnston. “We’re really just relying on simple, good ingredients.”

Craig Sanok started his career as a ballet dancer, but it came time to leave the stage, he couldn’t decide whether he wanted to work with animals or food.

Then he tagged along with his sister, who was milking a neighbour’s goats. Using the milk, Sanok made fresh cheese with a recipe he found on the Internet. It was so good, he and his partner Paul Chambers started making plans for their own goat-cheese operation.

Six years later, he’s milking 24 goats and selling his five varieties of cheese to some of Calgary’s top culinary establishments, including The Nash and Notable. This summer, he’ll expand his market to Red Deer.

“I don’t have any plans to sell outside of Alberta,” he says. “I believe strongly in the importance of eating locally and local foods.”

Richard Ozero traded his career as a meteorologist for a sweet gig as a honey producer. In 2008, he was worried about the increasing number of layoffs in the TV industry, so he decided to find a new career. He knew he wanted to be on a farm, so he started cold-calling farmers, in hopes of finding the right place.

During those calls, he met a beekeeper who, a couple of years later, retired and sold Ozero the business.

Now Ozero and his family sell their honey online and around the world, including Japan, Europe and the United States, through their website and local farmer’s markets, such as Edmonton’s Millwoods Farmer’s Market.

All of it is unpasteurized and unfiltered. “It’s as natural as you can get,” Ozero says.

“And by supporting bees, you’re supporting an essential part of Alberta agriculture.”